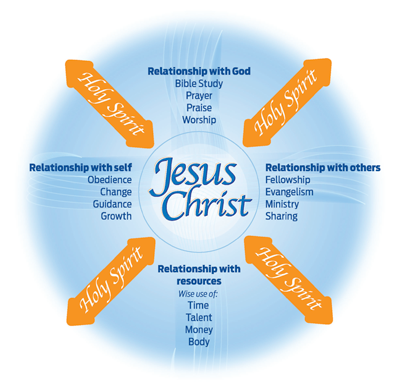 Living As Jesus has become an attractive option for many who want to explore the path to salvation. The message of the virgin birth, the suffering and death for our sin, and resurrection have become much more appealing to believers over the past decades. Many Christians also find that they can feel closer to God as they journeyed toward enlightenment and eventually salvation. The Holy Spirit draws down upon believers and helps them walk in the spirit and deliverance from sin.

If you are wondering how to live as Jesus, you need to evaluate your priorities. Are you more spiritually geared towards providing an empty life for others so that they can eventually be saved or do you want to bring glory to God by working in the Word and living out your promises? It is easier to walk in the grace of God if you are filled with His glory.

In teaching others the doctrine of the gospel, Paul of all people became like Jesus. It is important to understand that we cannot be one complete person with no room for any deficiencies or mistakes. We all fall short and we all make mistakes. We all learn from our past mistakes and move forward in a new light. That is why we have a precious gift of the Holy Spirit which brings healing to all people born again.

If you look closely at the teachings of the bible, you will find that many of the teachings of Jesus can be applied to both the Jewish and the gentile worlds. He was a Jew who went to the Gentiles, but He gave them His name as the one whom they would become like. Those who obey the commandments of Jesus may live as good, peaceful and fruitful people. They may live in peace and security and enjoy the privilege of serving other Christians in need of spiritual riches.

Jesus walked by faith. Faith comes from the seed of wheat planted in the ground. Whatever seed is sown in dirt may not grow; however, whatever is sown in faith will flourish. So, whoever says that we must walk by faith alone is wrong and has forgotten the benefit of the Bread of Life which was given to the disciples when they had nothing to live on. That is the bread from which Jesus began His earthly and life-giving journey.

What was it that motivated the Jew to walk and minister in the spirit-filled life? The answer lies in the great desire to become like Christ. The Jew was a personification of Christ. He was chosen people sent from God to carry out the great task of redeeming the mankind from their sin. When he came among the Gentiles he acted as one of the sons of God.